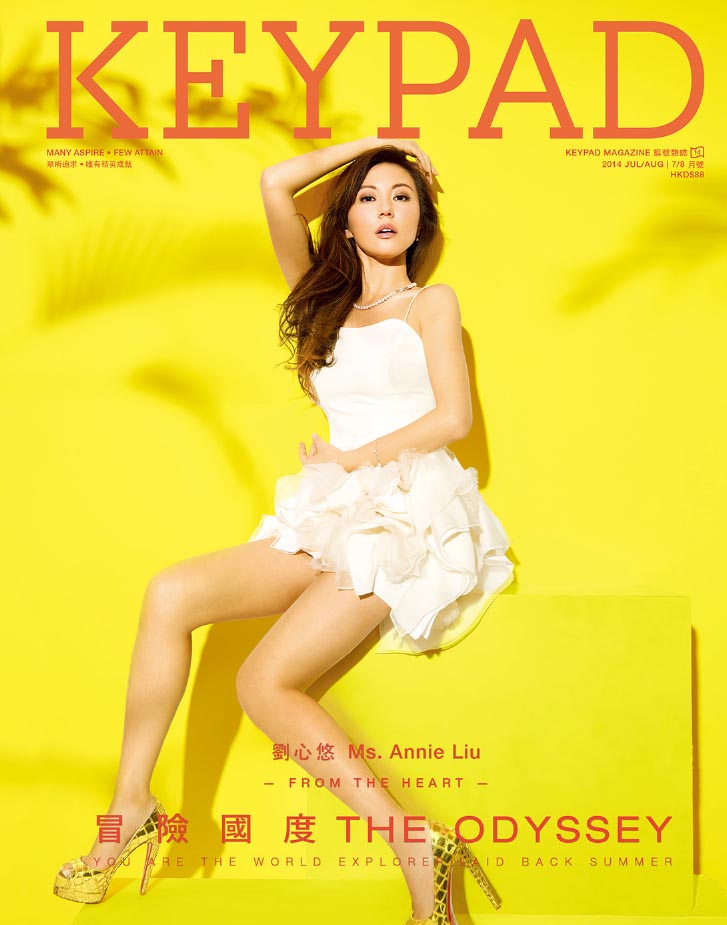 One day, if the UNESCO (United Nations Educational, Scientific and Cultural Organisation) World Heritage Site of Hallstatt in Austria was flattened by an asteroid, no one would need to miss it, as there is a Hallstatt replicated in China’s Huizhou. If one day extraterrestrials came to Earth and decided to destroy our famous landmarks and buildings but allowed us to leave one city standing, it would be Jiangsu’s village of Huaxi in China. This is because the village of Huaxi alone is made up of imitations of the world’s most famous architecture including Big Ben, the Forbidden City, Temple of Heaven, Arc de Triomphe de l’Étoile, Eiffel Tower, Sydney Opera House, Buckingham Palace and many more.

Egypt has recently complained to UNESCO about the Great Sphinx copy in Shijiazhuang and wants it demolished. China’s notorious ways of copying things is world-renowned. The United States Capitol building alone has been copied 10 times and building replicas are only the tip of the iceberg. China’s craftsmanship in building imitations is at such a high level that they can copy an entire town to an entire city. 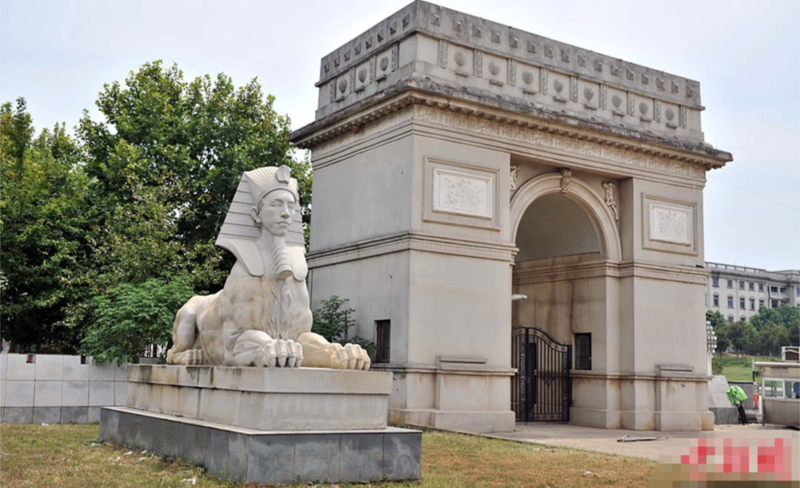 Apart from Huizhou, Shanhai’s Songjiang District has Thames Town- also another town completely copied from a foreign country. It can be seen that a great amount of effort was put into the detail of copying an English town to recreate the buildings and its atmosphere. However, due to its failure in marketing its real estate for residential purposes, the town has become a theme park. In its development scheme for the future, Thames Town will become one of nine towns within the city. There will also be a German, Holland, Italian, Scandinavian themed town. 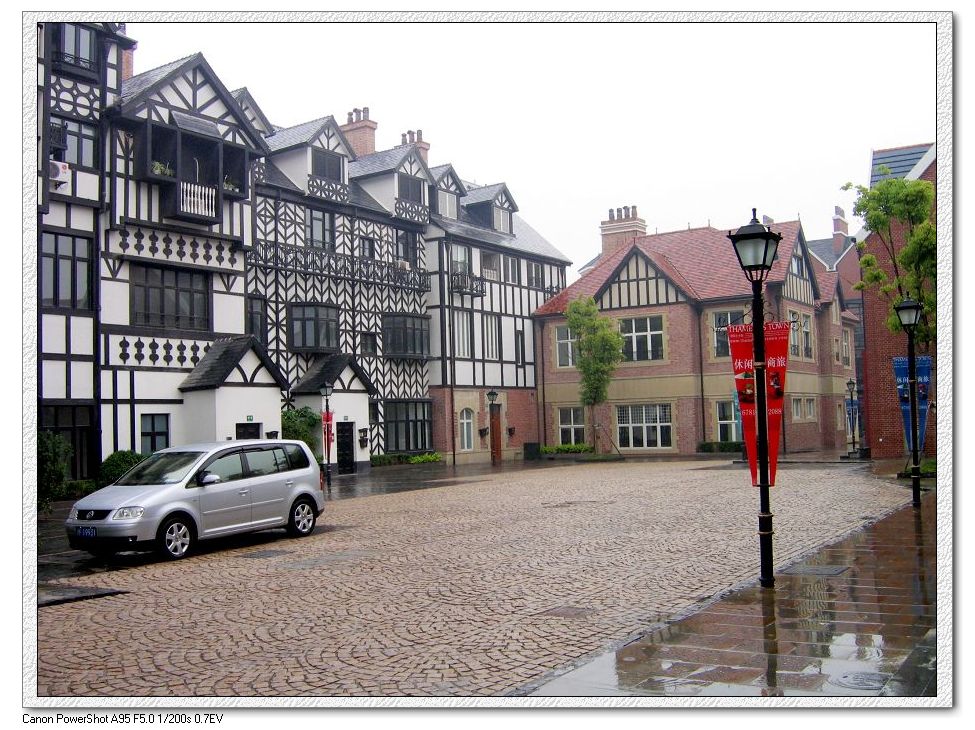 How many Venices does China have? The answer is- enough, as there are more gondolas in China than there are in Italy. The biggest ‘Venice’ in China is in Hangzhou. Within this Venice, they also have a Piazza San Marco, and within this public square stand basketball rings. Yes, basketball rings. It would be hard for one to see how Napoleon once called this square “the drawing room of Europe” with Hangzhou’s modifications. 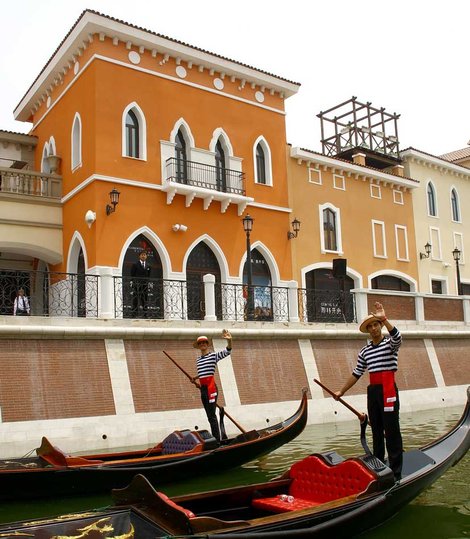 The most famous fake Paris is also in Hangzhou’s Tianducheung. There stands an Eiffel Tower in Hangzhou’s Avenue des ChampsÉlysées with Parisian residential homes are on either sides of the Avenue. On the far end lies the château de Versailles’ fountains and of course lets not forget the Arc de Triomphe. Unfortunately, due to downturn of Real estate market ‘La Ville-Lumiére’ (City of Lights) has become a ghost town and the only people who dare to venture there are those wanting to take wedding photos. 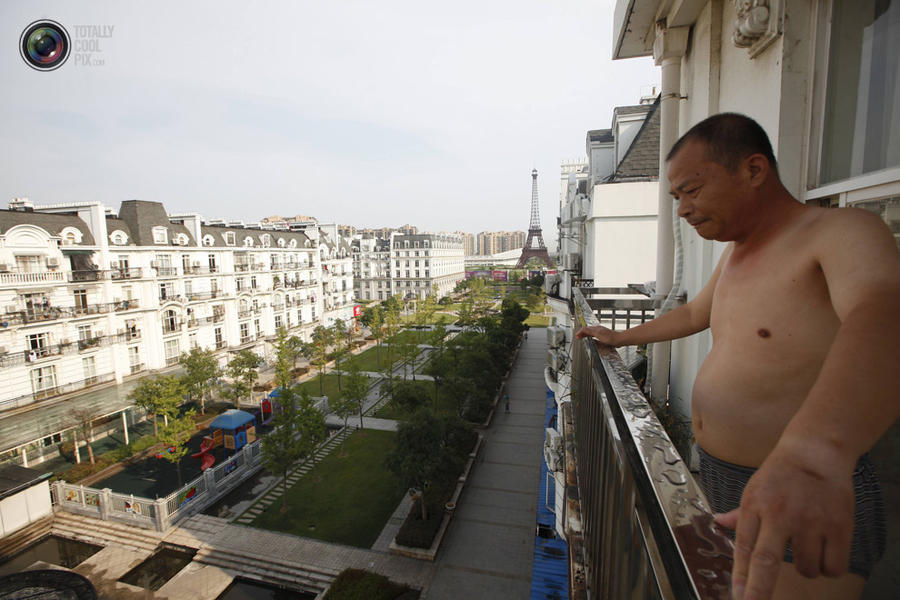 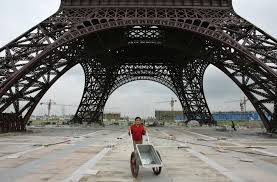 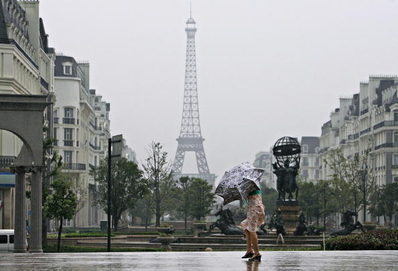 Tianjin’s Yujiapu Financial District has become a Manhattan. It will have twin towers for a world trade centre, a Lincoln centre, a Rockefeller Centre and a Tianjin Hudson River. The ‘Manhattan’ will cover 3.86 square kilometres and is said to cost over 200 billion RMB. This is by far the biggest replica project.

There is also going to be an Amsterdam in Shenyang, Dorchester in Chengdu, Hefei having a Stone Henge, campuses full of replica landmarks in Wuhan and Chengdu Universities, and Shandong Binzhou with 36 of the world’s most famous bridges. This mimicry can be seen as if China has a love hate relationship with western society. Whereby China adores western culture and architecture, and at the same time, building these replicas are a way to taunt and mock western society, as if they were trying to show that they can build the best landmarks and buildings of all places within one country. Another aspect to why this knock-off western architecture is so common in China is because such style is considered to be more marketable.

Even with such demand, these western themed estates, towns and cities have many problems. Its urban planning is usually done poorly and infrastructure in the area is a disaster. Due to these problems, these areas become ghost town or at best a theme parks like that of Thames town. Other problems that arise are infringement of copyright laws and intellectual property rights from other countries. Just like the Great Sphinx in Shijiazhuang, the French have also complained about Zhengzhou’s Notre Dame du Haut. Not only is there dismay from foreign countries, but within China itself with Zaha Hadid’s Galaxy SOHO building in Beijing being counterfeited in Chongqing. However, China does not have any laws and guidelines within itself in preventing people and developers from erecting landmarks from foreign countries. The solution for these individual cases is to demolish these fake landmarks, but this does not rectify a nation of copies and fakes.

People in China think having western looking things shows good taste and status. Ironically, these things lack creativity in turn rendering it tasteless. Even with all these problems, so many things are dependent on foreign design. Why can’t originality be shown and good taste brewed up from within?